Azumi is the leader of the Sea of Japan and the current holder of the Silver Pearl. When she was younger, Azumi loved all the attention she got when she wore her Pearl and grew up rather spoiled, but as she got older and received more and more responsibilities, she gradually started maturing into the leader her people needed. Azumi never really liked travelling to other seas or oceans, but as soon as she was old enough she did start travelling on land. After going out and seeing the world for a while, Azumi finally found herself studying marine biology in London until she only recently returned to the Sea of Japan.

In her Mermaid form, Azumi has slightly curly black hair and mid brown eyes. Her tail is almost the same shade of brown as her eyes and her sea shell bra is silver. The trim on the top of her tail and the various accessories she wears are all silvery grey. The Silver Pearl is contained in a silver shell with brown wings.

In her human form, Azumi looks quite similar to her original Mermaid form (without the tail of course). She has the same curly black hair and her eyes are a slightly darker, almost black, shade of brown. She still keeps the Silver Pearl around her neck at all times, passing it off as a silver locket her mother bought her at a curiosity shop. Azumi usually wears clothes that could be considered slightly eccentric.

After she transforms into her Idol form through the use of her Silver Pearl, Azumi still has the same black hair, but her eyes become silver. She has a ruffled skirt in the same style as most of the other Idols that reaches to just above her knees, and a skin tight shirt under a stylized corset. Her gloves and boots have the same waved ruffles typical of Idols.

After all the travelling she’s done, Azumi has found herself speaking American English with what can be considered a “posh” British accent (though she can mostly control whether or not it’s audible when she sings). She has a good range on her singing voice, but it’s naturally quite high pitched and light.

Songs she sings with her Silver Pearl Voice: 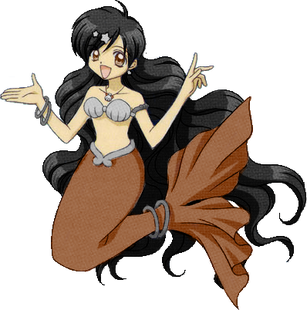 Thanks so much Kiera. 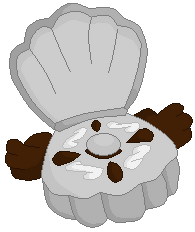