﻿Destiney is the daughter of Noel, and the older sister of Tristen. As a human, her name is Destiney Cove, and her hair get's added red streaks to it. She's obsessed with trying to make good friends, and cats! She think's cat's are thumb|300px|right|Her theme, not the song she singsadorable and would love to hold one just for a second. Destiney love's to go visit her aunt sometimes, and enjoys exploring in the other Mermaid Kingdoms. Her favorite kindgom to go visit is the one at the Indian Ocean, where the now older Siera lives. Despite her being a member of the Indigo Mermaid Kingdom, she came to be a Sky Blue mermaid, along with black.

As a human, Destiney has a darker shade of sky blue eyes. Her chest is the same inproportionate (larger scale) size just like it is as a Mermaid and in her singer/idol form. Her hair is smokey grey, with turqoise streaks on her bangs, and red streaks behind her. She is a very tall girl for her age, being about five feet and six inches tall in length. That enough info for you, you nasty pedo ass?!

As a human, Destiney wears a ring with chippedn paint that was given to her as a five year old, She also wears a golden locket, with two pictures in it. One of the pictures being her with her adopted sister Thirza, and the other with her younger sister Archer. For a top she wears a Tee-shirt with a blue strip going through the chest area. She also wears dark blue, Distressed type jeans, that have jeweled patterns. She also wears flip-flips for her footwear. Destiney also has to wear reading glasses, although she hates them.

As a mermaid, Destineys eyes are a more light shade of Sky Blue. Her legs turn into a long, sky blue mermaid tail. Her hair changes into an entirely new color, black turning to sky blue. The Red and Turqoise streaks in her hair also fade away once she turns into a mermaid. She has the same disproportionate chest just as a human and singer/idol form, but it's possibly it may SLIGHTLY grow bigger once she transforms.

As a mermaid, Destiney follows pretty much the same attire pattern as the rest of the Mermaid princesses. She wears a jetblack Seashell bra, that of course has the black pearl strap. She wears two Jet Black bracelets around her writes, and beads of the same color around her tail. She also has the same mermaid pendant, except this is a Sky Blue oyster with Jet Black wings.

Destineys voice is smooth and clear. She can various accents like British, french, and she's working on scottish. When she sing's, she has a low-key voice, like Cascada or Taylor Swift's. She has to ability to also do various immitations, like high pitched video-game characters or even some of her closest friends. Her laugh is a somewhat joyfull, and pleasant titering noise that makes other's laugh at the sound of it, unlike her sisters menacing laugh that sounds like that of a villains.

Hey! Even though i'm not Indigo like my mother, don't go discriminating me, you fat ugly racist!

Tristen... we can't be friends anymore because you like... men...

I'm a Sky Blue mermaid instead of Indigo because I have a different type of singing power... I have yet to master it... 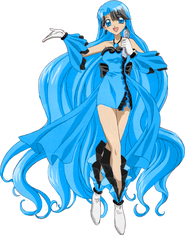 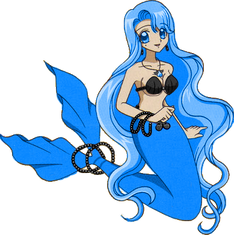 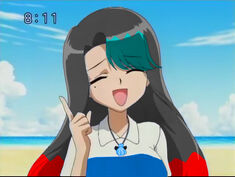 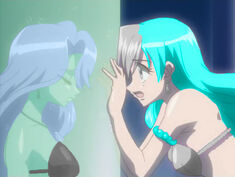 Destiney when Archer found her 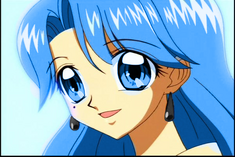 Credits to Kaimena. THANK YOU SO MUCH! 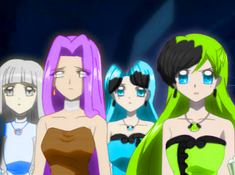 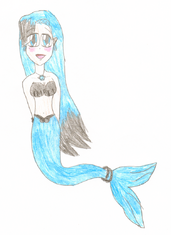 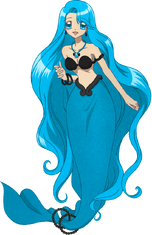 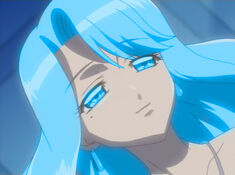 Destiney in her reguler idol form! 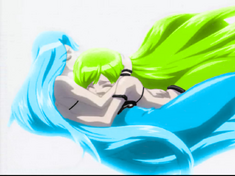 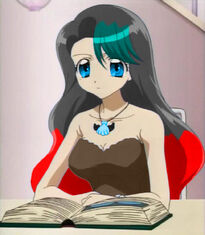 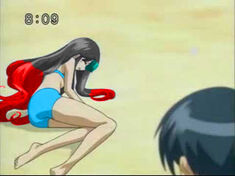 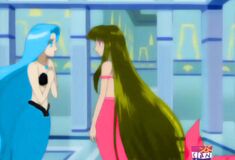 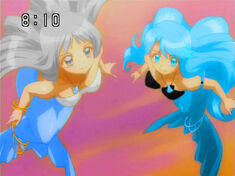 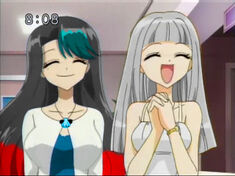 Destiney: Oh that's so sweet of you! 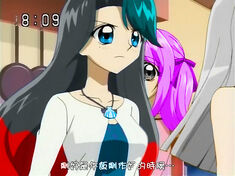 Destiney and others.
Add a photo to this gallery
Retrieved from "https://mermaidmelodypopstarsfanon.fandom.com/wiki/Destiney_Cove?oldid=7772"
Community content is available under CC-BY-SA unless otherwise noted.