Mizoke Fantomu is a spirit shard from the now deceased Sara, and is her kindess and protective shard. She has the ability to take on a human or physical form for about two hours, otherwise she will fade. Her purpose for existing is to aid the new Mermaid Princesses from every kingdom, and help them in their battles against the evil forces.

Mizoke, being Saras kind and protective shard, is basically just that. She gratefully protects to Mermaid Princesses lives and can guard them in phantom form by acting like a sheild. In her physical form, she takes care of the princesses and help them in their greatest troubles.

As a phantom, she appears physical, but when you try to touch her you will go straight through. Her hair is a ghastly shade of lavender, with pale orange streaks. Her eyes are white entirely,and have almost no pupil at all. As a phantom, she can take on either a mermaid appearance or a human appearance. In her mermaid appearance, her tail is light lavender, and she wears orange beads. In human appearance, she wears a chocolate brown dress, with a dark blue belt tied around it.

Being a peice of a deceased Mermaid Princess, Mizoke is granted a special ability to use Idol form. In this form, her hair is slightly darker, and her eyes are still the same entirely white color. She wears a long, strapsless and sleeveless purple dress with ruffles going down the two sides. Her shoes are somewhat lke slipprers, and she wears the same ruffled gloves like the Princesses do.

Mizokes voice is very adult and soothing. She sings two songs by herself, and has some trio and duet songs with Darangel, Destiney, Tessa, and Thirza. Her pearl voice is called the Phantom Pearl Voice, after what she is of course.

For real, why isn't there a Taco Bell in the ocean?! 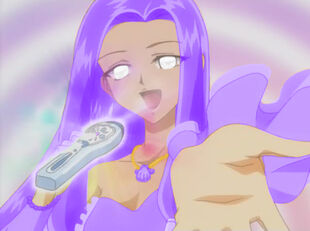 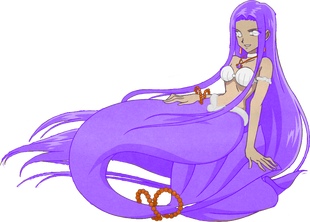 Mizoke in her Phantom Mermaid form 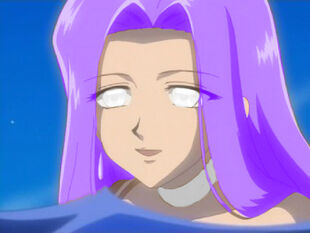 Mizoke: Well who is this now? 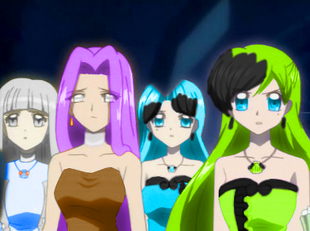 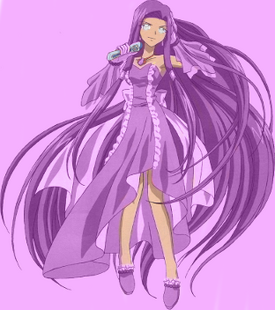 Mizoke taking on her Physical form! 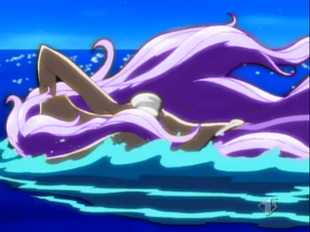 The New and Improved Phantom Pearl Voice
Add a photo to this gallery
Retrieved from "https://mermaidmelodypopstarsfanon.fandom.com/wiki/Mizoke_Fantomu?oldid=7771"
Community content is available under CC-BY-SA unless otherwise noted.