The Sea of Japan actually falls under the rule of the North Pacific Ocean Princess, but they also have an internal leader who is chosen in a very different way than most other places. Their leader is the woman who holds the Silver Pearl of course, but their Pearl isn’t handed from mother to daughter. When the holder of the Pearl dies, everyone participates in the traditional period of mourning after which all children born in the week following the previous holder’s death are brought to their palace. The Pearl is then given to each girl and once it is in the hands of its new rightful owner, it will start to glow brightly. That girl is then given the Pearl and is taken care of by her mother until she turns fourteen and takes over the role of leader to her people. She is allowed to travel the world as she pleases (leaving one of her assistants to look after the sea for her) and is expected to bring useful knowledge when she returns to the sea.

The current holder of the Silver Pearl is 19-year-old Chisa Azumi .

The native people of the Sea of Japan have fins of more neutral colors. Black, grey/silver, and brown are evenly distributed among the general population. Their sea shell bras are usually black or silver and a Mermaid’s eye color matches her fin. The Mermaids from the Sea of Japan usually have darker hair colors.

The Silver Pearl can be held by a Mermaid of any color, not just greys/silvers. Azumi herself has a brown fin.

The Sea of Japan is located near, well, Japan. 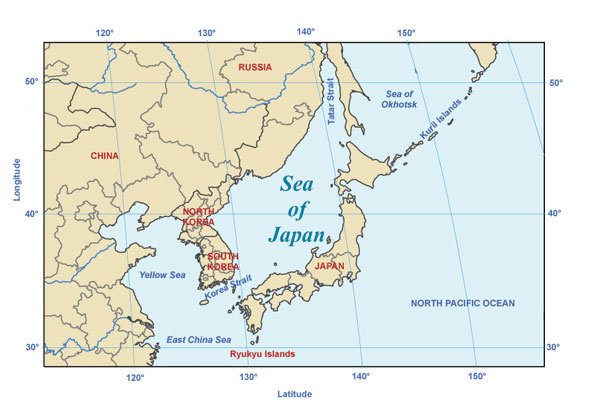 Retrieved from "https://mermaidmelodypopstarsfanon.fandom.com/wiki/The_Sea_of_Japan?oldid=5116"
Community content is available under CC-BY-SA unless otherwise noted.