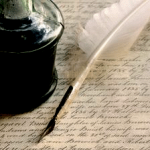 174 Edits since joining this wiki
March 23, 2011
I only just started watching MM and I probably won't go back and finish so just bear with me.

I'm no good at talking about myself. Ah well I'm a teen who is often mistakingly called Charlotte (no idea where people get that, it's not even close to my real name) and likes to write. Not just fanfiction either; I cracked 25 000 words on an original idea during NaNoWriMo this year and have signed up for Script Frenzy. I don't write fanfiction a lot, but instead have a few long term projects and random one-shots. I also don't like naming characters after me because it's just kind of weird. It's even worse when someone else's character has the same name as me. And they share a room with your character in a role play ._.

I've got my main characters mostly worked out, but finding the songs is driving me crazy. I'll probably end up posting the stuff about their home seas (the Sea of Japan and the Sea of Okhotsk) first.

I can't really draw and don't own any software that can be used to make recolors (not that I like limiting my characters' appearances like that anyway) so I usually use dollmakers. Lunaii, Anime Face Maker, and a variety of things from Dolldivine are my favorites.

Probably a good idea to put this here too so everyone knows it's me, huh?

Retrieved from "https://mermaidmelodypopstarsfanon.fandom.com/wiki/User:LittleLuckyLucy?oldid=7673"
Community content is available under CC-BY-SA unless otherwise noted.